On an unadjusted basis, in September:

On an unadjusted basis, in the third quarter:

“House purchase activity appears to have steadied, we may not be seeing huge increases in activity on the scale of 2013-14 but there is a consistency in the levels in recent months. Mortgage affordability reached an historic low in September, for both first-time buyers and home movers, which partly reflects the re-pricing of mortgages following August’s base rate cut. This should help turn strong appetite for home-ownership into a reality as we approach the closing months of the year.

“Six months on since the stamp duty changes on second properties and buy-to-let continues to operate at lower levels than a year ago. But lending for buy-to-let house purchase and remortgaging has settled at its current level over the last four months.”

The amount borrowers are paying as a percentage of their household income to service capital and interest rates reached a historic low this month for both first-time buyers and home movers, 17.8% and 17.7% respectively.

Affordability metrics for first-time buyers saw the typical loan size decrease to £133,000 in September from £136,400 in August. The average household income also decreased slightly from £41,000 in August to £40,200 in September. This meant the income multiple was slightly down from 3.56 to 3.53.

On a seasonally adjusted basis, most lending trends were relatively similar. However, first-time buyer loans by value increased both month-on-month and year-on-year. Home movers saw an increase by value compared to August.

Remortgage loans saw a decline month-on-month but an increase year-on-year in September. On a quarterly basis, there were more loans advanced for remortgage than any quarter since the third quarter of 2011.

Gross buy-to-let lending declined in September compared to August and remained down on year earlier levels but, on a quarterly basis, lending went up in the third quarter compared to the second quarter. Nearly two thirds of buy-to-let loans were remortgages rather than house purchase.

Table 1: Number of loans for house purchase and remortgage in September

Table 2: Number of loans for house purchase and remortgage in the third quarter

Table 3: Value of loans for house purchase and remortgage in September

Table 4: Value of loans for house purchase and remortgage in the third quarter 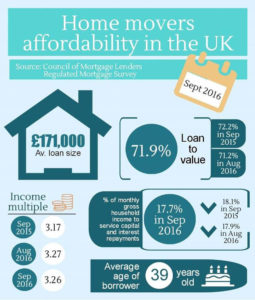 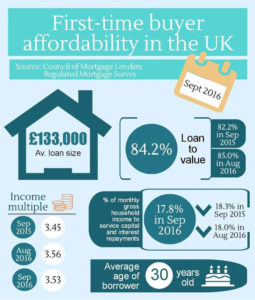 Our Fully Managed Lettings Service is proving a hi

There was promise of a “Boris Bounce” in the p

See what our customers are saying about us! We are

Nice crisp morning for a stroll with Ted #tedofivy

Ivy Gate- Looking after you come rain or shine. #i

All set for a busy morning of appointments #ivygat

Sold on an open day- having received multiple offe

All set for a busy open day today.

Load more...
This error message is only visible to WordPress admins